I’ve added the journal Interdisciplinary Toxicology (interTOX) to my list. The journal is associated with the Slovak Toxicology Society (SETOX).

In my opinion the journal is not aimed at communicating science but instead aims to promote a political agenda, namely that most manufactured chemicals cause harm to humans.

The journal’s editor-in-chief is Michal Dubovický. According to Dr. Paul Strode, author of the blog Mr. Dr. Science Teacher:

The journal was brought to my attention recently because of a 2013 article it published co-authored by MIT’s anti-Roundup crusader Stephanie Seneff. The article was “Glyphosate, pathways to modern diseases II: Celiac sprue and gluten intolerance,” and it appeared in volume 6, number 4 of the journal in 2013.

According to Dr. Strode:

Stephanie Seneff is a 65-yr-old computer scientist in the Department of Artificial Intelligence at the Massachusetts Institute of Technology. Like [her co-author] Samsel, Seneff has magically become an expert in glyphosate biochemistry and human disease while maintaining a career in artificial intelligence. Seneff’s last eight articles have also been published in the journal Entropy, which means she and her coauthors have spent $10,816.00 to publish in the last two years.

Wait, did he say Entropy? Yes, he did. Who publishes Entropy? MDPI, one of the publishers on my list. Stephanie Seneff and her co-authors have successfully used this MDPI journal as their own scholarly vanity press, publishing eight papers in it since 2012.

An excellent blog post about Seneff and her questionable research appeared in the ScienceBlogs blog Respectful Insolence on December 31st.

People with science/political agendas are increasingly using journals like Interdisciplinary Toxicology and publishers like MDPI to disseminate their work, work that quality journals will not publish.

When publishers like MDPI disseminate research by science activists like Stephanie Seneff and her co-authors, I think it’s fair to question the credibility of all the research that MDPI publishes. Will MDPI publish anything for money? 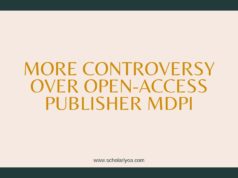 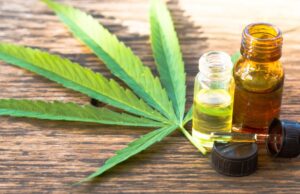