Home Technology How Does IPTV Work?

As technology continues to advance, more and more people are shifting away from traditional media, and towards the internet and all the services, available on it. Instead of reading the newspaper, people read their news online, instead of buying physical copies of a music album, many use streaming services, and it is not different when it comes to watching television.

It has become apparent that consumers care more about accessing the content than owning it, and in recent years we have been experiencing a deviation from traditional broadcasting services such as cable or satellite TV, towards internet-based streaming, and IPTV plays a big role in this change, best IPTV services can be found here.

Before we take a closer look at how IPTV works, let’s first learn what it is.

Internet Protocol Television (IPTV) is a system that enables consumers to watch TV programs by streaming them – playing programs as they are downloaded – using your internet or broadband connection, instead of a satellite dish, antenna or optic cable. Unlike satellite or cable connections where you can only watch what is being broadcast at the moment, IPTV offers users an extra advantage of being able to choose any program they desire and watch it wherever and whenever they feel like.

For additional information, you can read more here.

How does it work?

IPTV might be very simple from a TV-watcher’s viewpoint, but it is a little more complicated from a broadcaster’s or telephone company’s point of view. There are many factors involved in the system that sets it apart from traditional television.

Prerecorded movies and programs need to be stored on servers so that they can be picked and streamed on-demand. This means that IPTV providers need a refined storage system for all the TV content they want to make available.

Sometimes TV programs are already in digital format, but in many cases, they come in the standard, analog TV picture form which requires extra processing. This means that it is necessary to convert it into the digital format which can then be delivered to consumers via the Internet Protocol. Videos also need to be made smaller (compressed), since bandwidth – the maximum rate of data flow – currently has limitations. Compressing files eliminates the possibility of buffering (periodic delays) during streaming. After that, the programs need to be encrypted – encoded so only paying subscribers can have access to it.

Unlike web browsing, streaming puts a much greater load on servers, and that can potentially lead to delays or buffering. This is why IPTV uses a different type of downloading, in which each packet is sent concurrently to many different locations, but leaves the server only once, meaning one server can easily send information to numerous clients simultaneously. This is known as IP multicasting. While streaming, you’re downloading only a small part of a file and then playing it. While watching, you are at the same time downloading its next part that will be played in a moment or two. Streaming works because none of the file parts are stored for too long.

Anyone with a broadband internet connection and a laptop or computer can watch IPTV. For those who want to watch television on a TV screen, you might need a set-top box since most TVs are not equipped for IPTV. The so-called STBs decode the signal you receive over your internet connection and convert them into a format your TV can read.

Currently, it is difficult to keep track of how many people use IPTV, but with steady growth in user demand and network improvements, there is no doubt that it just might be the future of television. 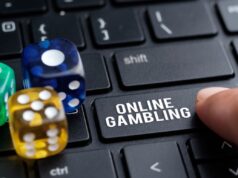 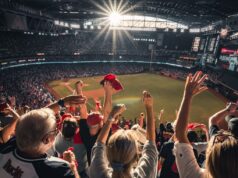 Following Your Favourite Sport on a Budget