Bitcoin, a digital currency, is a decentralized system that records transactions in a public ledger, called a Blockchain. People often call Bitcoin, and other cryptocurrencies, the currency for the future. Now, how does it work?

Consider a simple Bitcoin transaction between a sender and a receiver. There is an input, which is a record of the Bitcoin address from which the sender initially received the Bitcoin he wants to send to the receiver. Then, there is a specific amount of Bitcoin the sender sends, and an output, which is the receiver’s public key (or Bitcoin address). These are the basic components of a simple Bitcoin transaction.

However, for a sender to send Bitcoin, he must have access to the public and private keys that are associated with that specific amount of Bitcoin. The phrase “having Bitcoin” basically means there is access to a key-pair that consists of:

A public key is a random sequence of letters, that is akin to a username on social media. They can be shared with anyone. Indeed, you must share your public key with a sender whenever you want to receive Bitcoin. However, private keys, also a random sequence of letters, must be kept secret. With the public key, other users can see what is inside your account, but cannot touch it. A private key is needed to access this fund.

Consider the simple transaction discussed earlier. The sender wants to send Bitcoin to the receiver. To do this, the sender uses his private key to sign a message with the specific transaction details. The message is sent to the Blockchain and contains:

This transaction is then broadcast to the network where miners will be able to verify that the sender has the right key to access the input – address to which Bitcoin was previously sent – he claims to possess. After verification of the transaction, the miners are rewarded with newly-created Bitcoin. This is how Bitcoin is created.

Blocks are files where data related to the Bitcoin transaction are stored permanently. The block records any of the most recent Bitcoin transactions that have not yet entered any prior blocks. In a way, a block is like a page of a ledger. A block describes the “present” and contains information about the past and the future.

Each time a block stores data, it gives way for a new block in the Blockchain. The completed block is permanent storage of transactions in the past, and new transactions are stored in the current one. This makes the whole network work in a cycle to get information stored permanently. Each block consists of records of recent transactions and a reference to the preceding block. This, alongside Bitcoin’s peer-to-peer verification system, makes it impossible to tamper with data on the Blockchain. With what language does Bitcoin perform all its functions? It uses the Bitcoin script. 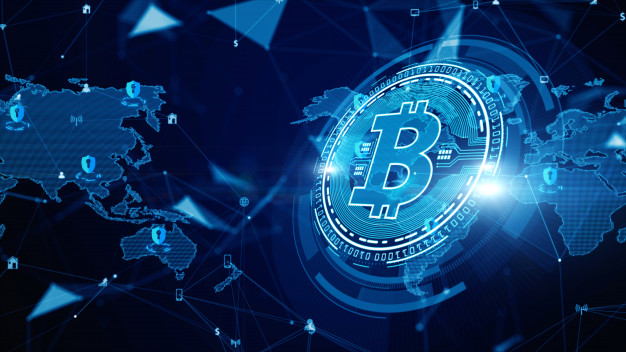 It is safe to assert that the creation of Bitcoin has provided us a creative way of making payments. This even has the potential to become the payment method in the future. The creation of Bitcoin has revolutionized the industry and is the first cryptocurrency to attain global recognition, with the clear view of being independent of government and financial institutions.

Bitcoin is an efficient user-orientated method that is designed to eliminate the need for intermediaries when users try to control their funds. Bitcoin network has millions of users globally, and its growth is continuous because it gains new users every day. Through Bitcoin, Blockchain technology, and some other platforms like https://bitcoinera.app/ have gained popularity. Initially used as Bitcoin Blockchain, the Blockchain technology is currently being used with other cryptocurrencies. Several organizations have adopted the use of Blockchain because as a decentralized technology, it offers its users a certain level of anonymity.

However, with popularity, Bitcoin has received criticism. Some even consider it a scam. Some companies have started accepting Bitcoin payment, while others completely go against it.

Limitations and improvement of Bitcoin Network

One of the greatest demerits of the Bitcoin network is that its market is highly volatile. This means that its prices increase and decrease rapidly. This poses a great threat to genuine investors and must take caution when investing in Bitcoin. Also, the decentralized nature of Bitcoin is only obvious to certain people. Indeed, the government can decide to ban Bitcoin transactions. They fear it to be susceptible to the illicit activities of criminals. These reflect some of the limitations of the Bitcoin Network.

However, certain improvements can enhance users’ experience on the Bitcoin network. Merkle Tree and Abstract Syntax Tree should be adopted on the network. These two algorithms, when combined, make it easier to add complex data to the Bitcoin Blockchain. Furthermore, the “lightning network” should be adopted. This is a proposal that will introduce the execution of most transactions off the main chain, therefore giving it more time to handle important transactions.

The Bitcoin network consists of many components that must all work efficiently to make the user’s experience great on it.

Tips for Purchasing Property with Cryptocurrency in 2021 Understanding the Connection Between Bitcoin and Altcoins

10 Most Important Digital Currencies Other Than Bitcoin How Long Does It Take To Send Bitcoin 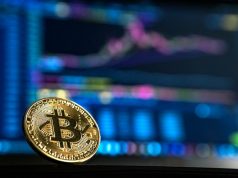 Why is Bitcoin Price Falling?