Home Education The Serials Crisis is Over

I declare that the serials crisis, the event that gave birth to the open-access movement, is over. I base my declaration on my observations as an academic librarian and on the scholarly literature, selections from which I include here:

“The value for money that the Big Deal and similar licenses have brought, has largely contributed to the ending of the serials crisis …” [1]

“This study, reporting on a national survey of academics primarily based in New Zealand’s eight universities, reinforces and adds to an emerging picture of institutional repositories worldwide. The findings, along with those of many earlier studies bring into question whether the crisis in scholarly communication is as acute as some have suggested and whether institutional repositories are a solution that the academic community is looking for. Most academics are clearly operating productively within the existing methods of scholarly communication while making use of subject repositories, and other channels to connect with their disciplinary community in ways that appear to satisfy their needs. These needs, for communication with their peers, and those related to reward systems (promotion and tenure) appear to be being met.”[2]

“Q: Librarians insist that they continue to be plagued by price increases. You are saying that the serials crisis is over?

A: The serials crisis refers to a situation that existed at the end of the 1990s when we saw big increases well above inflation. Those days are long gone, and I strongly feel that our products now offer value for money. In fact, the cost per unit has fallen, and in the last 10 years, libraries have gotten more and more for the same money.”[3]

“Publishers, through the oft-reviled “Big Deal” packages, are providing much greater and more egalitarian access to the journal literature, an approximation to true Open Access.”[4]

“The median of the number of serials received by ARL members almost quadrupled during the period under investigation, going from 21,187 in the 1989-1990 academic year to 80,292 in the 2009-2010 one. Practically the entire increase took place during the last half a dozen years, without any big changes in funding patterns, and appears to be due primarily to ‘Big Deals’.” [4]

“Reacting to the criticism and to the journal cancellations, the scholarly publishing industry took action. They granted libraries new economies of scale, one in the form of journal bundling, which increased the number of titles that individual academic libraries were able to afford and make available to their users. The second economy of scale was to grant deep discounts to library consortia. Repurposing existing library cooperative ventures involving traditional library functions such as cataloging, libraries organized regional and statewide consortia – groups of libraries that function basically as buyers’ cooperatives. Publishers competed with each other for libraries’ business, granting deep discounts that essentially resolved the serials crisis by 2004.” [5]

3. Poynder, R. (2011).  Not looking for sympathy: Interview with Derk Haank. Retrieved from http://www.infotoday.com/it/jan11/Interview-with-Derk-Haank.shtml

This entry was posted on Tuesday, May 7th, 2013 at 9:03 AM and is filed under Scholarly Open-Access Publishers. You can follow any responses to this entry through the RSS 2.0 feed. You can leave a response, or trackback from your own site. 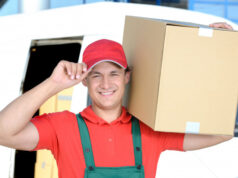 Start your own Moving Company in just 4 Simple Steps 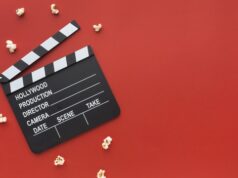 Best Gambling Movies and Shows to Watch in 2022